Hit enter to search or ESC to close

Carbon dioxide is a naturally occurring gas in our atmosphere.

Heat-trapping in nature, it is considered a greenhouse gas. Since the Industrial Revolution, the concentration of carbon dioxide in the atmosphere has increased by 45%, playing a major role in climate change.

Due to a growing awareness of climate change, some organizations, businesses, and even nations have committed to becoming carbon neutral. 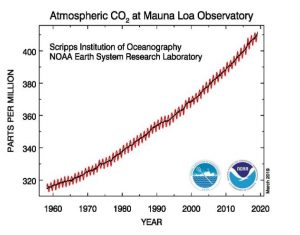 Currently, it’s unclear just how many organizations have achieved this lofty goal. According to an article published by the United Nations, 20+ cities, 100+ companies, 2 US states, and even entire nations have committed to becoming carbon neutral in the next few decades.

Although widespread uptake of carbon neutrality is still a work in progress, some organizations have not only achieved but surpassed that goal, operating as carbon-negative facilities. One of these organizations is Biosynthetic Technologies’ manufacturing site.

How is this possible? First, their electricity source is 100% renewable, yielding no carbon dioxide consumption or generation. In addition, the carbon dioxide absorbed by unharvested crops outweighs any generation that occurs during processing or transportation – leading to net absorption of over 9 MT of carbon dioxide per MT of castor oil derivative produced. Through this, the site’s operations – and the manufacturing of Biosynthetic Technologies’ products – actually reduces the level of carbon dioxide in the atmosphere.